The retail group Fnac Darty and the renewable energy producer Valeco announce the signing of a green electricity sales contract or Corporate PPA (Power Purchase Agreement) for the production of a future solar park in the Centre-Val de Loire region, in France. With an installed capacity of 20 MW, this future solar park, which will be commissioned in 2023, will cover 16% of the annual energy consumption of the Fnac Darty sites in France. In line with the Group’s commitment to reduce its CO2 emissions by 50% by 2030, this new PPA complements the first wind-powered electricity sales contract signed with Valeco in January 2021. Together, these two contracts will account for one third of Fnac Darty’s annual consumption.

“We are very pleased to announce the signing of this second PPA with Fnac Darty, this time for the construction of a solar power plant in France. This agreement highlights the quality of our relationships and demonstrates our ability to provide long-term, scalable support to large companies like Fnac Darty. The aim here is to secure the production of a future project that will be introduced as soon as 2023 and which should cover 16% of Fnac Darty’s annual electricity consumption. It is a source of pride for our teams and a strong signal for the market. Fnac Darty’s ambitious approach and commitment to energy transition is exemplary and demonstrates that a commitment to powerful and sustainable change in response to the current situation and the urgency of the climate challenge is possible,” says François Daumard, President of Valeco.

“In line with its sustainable development policy, Fnac Darty has chosen to use traceable guarantee of origin certificates, through a direct electricity purchase contract with a renewable energy producer. With this Corporate PPA, this strategy takes on an even stronger dimension, since this contract with Valeco will not only allow us to make our electricity supplies greener, but also to help make the French energy mix greener with the construction of a new solar power plant. Fnac Darty and Valeco have been particularly attentive to the protection of biodiversity in developing this plant and we are delighted by the positive impacts of this project,” explains Géraldine Olivier, CSR Director at Fnac Darty.

“We welcome this new partnership with Valeco, which marks an acceleration in our renewable energy supply strategy in France, and contributes to regional development with the construction of a new solar power plant. It is in line with the Group’s commitment to reduce its environmental impact while continuing to roll out its approach of responsible indirect purchasing,” adds Magali Félix, Director of Indirect Purchasing at Fnac Darty.

A solar project in favor of biodiversity, which will see the establishment of a beekeeping project and a sheep pasture

With a surface area of 20 hectares, the future solar park will be developed on former agricultural land that the municipality has transformed to accommodate an industrial project. Valeco decided to retain the initial agricultural activity by establishing a beekeeping project involving the black bee of Sologne, as well as a sheep pasture, among other things. To do this, hedges will be created and the existing hedge will be reinforced both to contribute to the landscape integration of the project and to strengthen ecological continuity. Local species that are attractive to avifauna and pollinators will be selected (field maple, common dogwood, privet etc.).

Throughout the entire project, Fnac Darty and Valeco are eager to encourage the development of local employment, for example by using local nurseries and companies. Valeco is also committed to prioritizing local professionals for the maintenance of the site’s vegetation (a breeder for the pasture, a reintegration association or green space maintenance company, a local fencing company, etc.), as well as for the beekeeping project. With this new project and the development of Valeco in the region, a new maintenance base will be set up in the area.

The electricity produced by the solar power plant will be injected into Solvay Energy Services’ balance perimeter before being redistributed to Fnac Darty’s consumption sites.

Fnac Darty continues its environmental commitment with the signing of a second PPA* to increase the proportion of green energy used by the Group in France
Download
(PDF 333.2 KB)

A Power Purchase Agreement is an electricity sales contract signed between a renewable energy producer and a large company to ensure that production is sold with fixed terms in advance and for a predetermined period of time. “Corporate PPA” means that the buyer is a company or an administration that is the end user of the electricity.

About Fnac Darty
Operating in 13 countries, Fnac Darty is a European leader in the retail of entertainment and leisure products, consumer electronics and domestic appliances. The Group, which has close to 25,000 employees, had a multi-format network of 936 stores at the end of September 2021, including 769 in France, and is ranked as France’s second most visited e-commerce site (over 29 million unique visitors per month) with its three merchant sites, fnac.com, darty.com and natureetdecouvertes.com. A leading omnichannel player, Fnac Darty’s revenue was close to €7.5 billion in 2020, approximately 29% of which was realized online. For more information: www.fnacdarty.com

About Valeco
A French subsidiary of EnBW, one of the largest energy companies in Germany and Europe, Valeco specializes in the development, construction, operation, maintenance and dismantling of renewable energy projects. Based in Montpellier for more than 20 years, the company, which employs nearly 250 people in the wind and photovoltaic energy sectors, is present throughout the value chain in France and internationally: from identifying suitable sites to selling renewable electricity. As of December 31, 2021, Valeco had an installed capacity of 592 MW (including 446 MW of onshore wind power and 133 MW of solar power), equivalent to the annual electricity consumption of more than 529,000 people. Find out more at www.groupevaleco.com 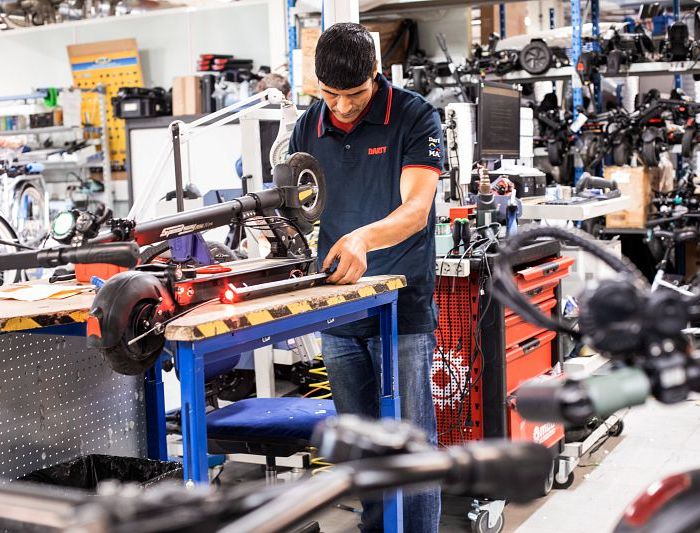 Fnac Darty opens its service and repair hub in France

“WeFix and its central role in the Everyday strategy”

Vincent Gufflet, the Group’s Director of Services and Operations joins us to reflect on the agreement between Fnac Darty and Apple 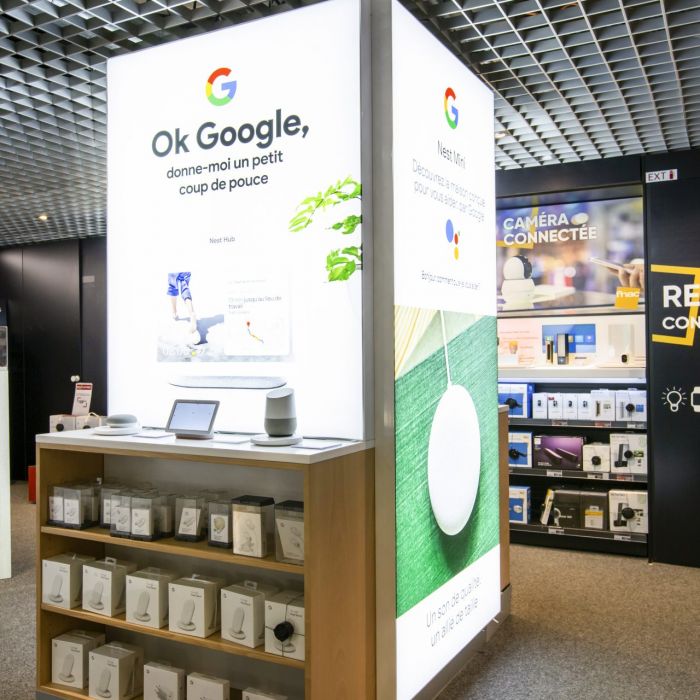